skip to main | skip to sidebar

Wild Moon Cottage is a small working homestead in the pristine Ozark Mountains. We have dairy goats, poultry, organic herb and vegetable gardens, a start of a tiny fruit orchard, several black walnut trees, wild berries and fields of wildcrafting goodness. We raise our own milk, our own eggs, much of our own medicine and food. I do laundry by hand, make my own vinegar, candles, soap, bread, cheese ........ For a living I am an artist and herbalist. My goal for myself and our homestead is to be as self sufficient and self sustaining as possible.

Fire dreams ….
I’ve had a similar dream 3 times now, for 3 nights. In each dream it’s bitterly cold outside and in. I’m in a run down old shack twice (each one different though) and an old abandoned house in the 3rd dream. It’s myself, my son when he was little and another person. We have very little but plenty of firewood. I make huge fires in metal containers, sometimes woodstove, sometimes not. The burning wood spills out onto the wooden floors but I don’t feel worried that the fire will spread. Only in that we need to stay warm.
There are always candles too and right after I light them, they turn to liquid wax and puddle. I think the wax will catch on fore but it never does.
The dwellings are all old and run down. Sparse except for lots of firewood and tons of blankets on mattresses to sleep on.
In the first two dreams there were two wood stoves each time, both times there was one like the one pictured. It was near a bed (to close for safety), had a short pipe not connected to anything. The other stove was a type that opened with two doors in front and I had it stuffed so full of wood that it was overflowing and the doors couldn’t shut. Inn the 3rd dream I made a wood stove out of scraps of metal, in the middle of the floor.
In the last dream, one of my cats kept trying to sleep in the red hot coals of a fire. She tried several times and I kept pulling her out. The last time she jumped in and writhed around. I was horrified and pulled her out expecting to get burned but didn’t. When I got her to some cold water and aloe I realized she hadn’t been burned at all either. 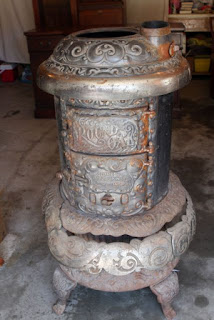 Posted by Julia Catfeather at 9:45 AM

Things I believe in... 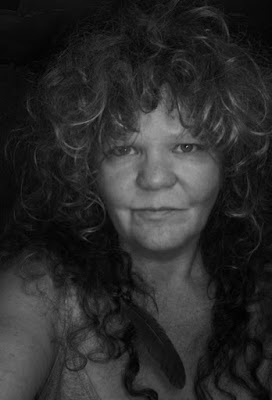